May 23, 2014 / 4 comments / Category: Biodiversity
Posted by: Elyse Williams
A pristine boreal wetland such as this can be home to hundreds of species, including aquatic invertebrates, water-loving plants and migratory birds.

Exploring the word that drives our monitoring program –biodiversity–

“’Biodiversity’ is another word for the ‘unknown’”–Ola Pierossi, ABMI Information Coordinator

This week, the world celebrated the United Nations’ International Day of Biological Diversity. This global celebration aims to increase understanding and awareness of biodiversity around the world, which had us wondering: “How well do people understand the scope and meaning of ‘biodiversity’?”

Often times, the word ‘biodiversity’ can feel like a barrier to a conversation, rather than an invitation.  It can sound academic, especially when it’s in a name like the “Alberta Biodiversity Monitoring Institute”.  However, given that biodiversity is fundamental to all our lives (think of the foods we eat, the materials we use, the air we breathe), every person has an intimate relationship with it. And, depending on where you are, biodiversity will look, feel, taste and smell very different. In Alberta, for example, if you’re hiking the Rockies, riding a combine on the prairie, urban gardening in Edmonton, or fishing in Big Lake Country, you’re engaging with and benefiting from a range of biodiversity.

For us at the ABMI—one of the world’s largest biodiversity monitoring programs—the word “biodiversity” is central to the work we do. It’s our mission to track changes in biodiversity. So, whether we’re struggling to crawl through thick bushes of willow to reach a wetland site or forcing our brain to solve a statistical problem in a species distribution model, discovering and understanding biodiversity is what drives ABMI employees. 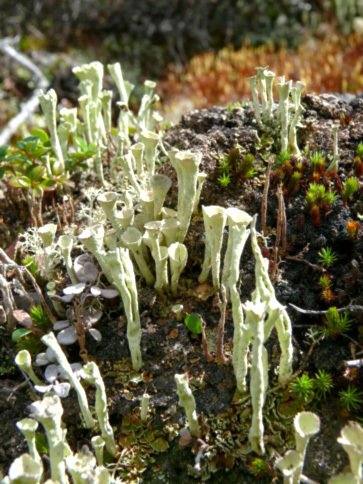 Several species of mosses, lichens and vascular plants colonize the surface of a single rock. Just imagine the number of soil mites that we can’t even see!

Given the significance of the word to our work, we have spent some time thinking about how to talk about it. Here’s the kind of language we use:

“Biological diversity (or biodiversity) is, quite simply, the variety of life on Earth. But don’t let this simple definition fool you. Biodiversity represents so much more than the species we are familiar with. This term embodies the vast levels of complexity that make up our natural world, including: all animals, plants, insects, and micro-organisms (species diversity),; where they live and interact (ecosystem diversity); and, the very genetic make-up of each living being (genetic diversity).“

Although this statement certainly conveys the concept of biodiversity effectively, we recognize it doesn’t reflect the often very personal connection people have with biodiversity itself. So, we decided spark up a conversation about it, starting with our own people, by asking, “What does biodiversity mean to you?”

Despite being an organization built around science, folks at the ABMI clearly think of biodiversity as more than just a scientific measurement. “It’s everything around us, including us, and it’s always changing. It’s big, messy and dynamic, but that’s what’s so fun about it!” explains ABMI Lichenologist, Dr. Diane Haughland. 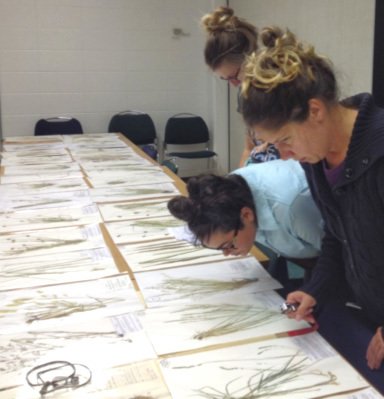 This sentiment is clearly echoed by Ola Pierossi, the ABMI’s Information Coordinator and self-described “data cleaner and translator”. For her, studying biodiversity isn’t just about identifying new species. “It’s about learning more about interactions between species and being able to really understand the species we already know. I know there’s grass outside, but now I want to know how it grows and what affects it,” she says. “My definition of biodiversity is becoming more complex the more I learn about this web of information. It’s almost like ‘biodiversity’ is another word for ‘the unknown’!”

In the case of ABMI’s Plant Taxonomist, Varina Crisfield, her daily encounters with biodiversity come in the form of pressed, dried plant specimens collected by the ABMI’s field crews. She says that since she started working at the ABMI, she’s learned to appreciate not only the diversity between species, but also the diversity within them. “Plants have reproductive plasticity and genetic diversity that you don’t see in other groups. Sometimes it’s hard to know if you’re seeing differences because of diversity within a species, or if you’re actually looking at two different species!” 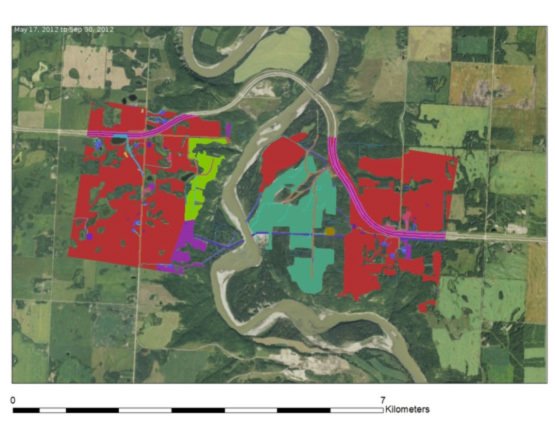 Without even having to step into the field, Dr. Jahan Kariyeva, ABMI’s Remote Sensing Manager, explores biodiversity through satellite images and aerial photography. She describes biodiversity as “an entire unknown universe on planet Earth!” Intimately familiar with the scope and depth of land cover and human footprint data collected by the ABMI, Kariyeva sees biodiversity through the lens of the different processes at play on our landscapes and what they tell us about the health of biodiversity. “It’s inspiring to think of the numerous biodiversity questions we can pursue at the ABMI,” she says.

For yet another viewpoint, Dr. Peter Solymos, a statistical ecologist at the ABMI, describes his relationship to biodiversity as one of measuring changes to habitats almost in real time through numbers and patterns. According to him, understanding these changes and communicating them to decision-makers is an essential part of what we do.

Now it’s time for you to join the conversation. Tell us what biodiversity looks like in your part of the world and/or what it means to you by sending us a comment, or tweeting a photo to @ABbiodiversity.