Climate Change: Which Alberta Species will Feel the Heat?

It’s June in Alberta. In response to the shift from spring to summer, Trembling Aspens in the Parkland have flowered and unfurled their leaves, migratory songbirds have returned to the expansive boreal forest, and Great Plains Toads in southern Alberta are searching for temporary wetlands in which to lay their eggs.

But on top of the changing seasons, Alberta is also experiencing a long-term change in climate. Over the last 100 years, the province’s average annual temperature has increased by about 1.4°C, similar to the average temperature difference between Lethbridge and Calgary.  This increase in temperature has already affected Alberta’s wildlife and their habitats: many plants, including aspen trees, are flowering earlier;(1) the alpine- forest edge is moving upslope in Kananaskis;(2) and, White-tailed Deer are expanding into northern Alberta.(3)

Over the next 40 years, scientists predict that Alberta’s average temperature will increase at a much faster rate, by between 2.5 and 3.5°C.(4) Animals and plants that are already adapted to warm, dry conditions are likely to benefit. Other species will need to adapt to the new conditions or move to where the climate is favourable if they are able, or they may become locally extinct.

“The challenge is to understand better which species may be most affected by climate change, either negatively or positively – not all species are able to adapt equally well to climate change”, says Chris Shank, an ABMI collaborator and co-author of a new report, Climate change vulnerability of Alberta’s terrestrial biodiversity: a preliminary assessment, from the Biodiversity Management and Climate Change Adaptation project at the ABMI.

“Among the species we assessed, amphibians were the most climate-vulnerable, largely because of their specific requirements for moist habitats, but also because they are not able to disperse easily through human-modified landscapes”, explains Shank. For example, although the Great Plains Toad is adapted to hot, dry conditions, it nevertheless requires temporary ponds in which to lay its eggs. As the frequency of droughts increase with climate change, the number of suitable ponds will likely decrease, while barriers to movement, such as roads, will limit the ability of the toads to reach potential suitable breeding habitat elsewhere.

Alberta’s species at risk are also especially susceptible to climate change. Many, like Ord’s Kangaroo Rat, Purple Pitcher Plant, and Short-horned Lizard, are climate-vulnerable because of their small ranges in Alberta, limited ability to disperse great distances, or sensitivity to human-modified landscapes. 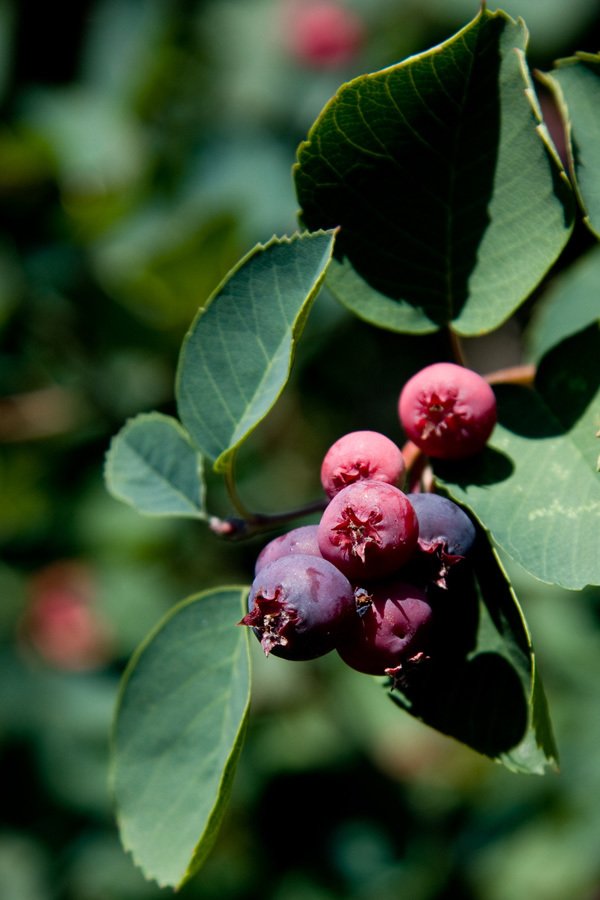 Of course, not all species are negatively impacted by climate change. Others, particularly common species like the Coyote and Saskatoon, and highly mobile animals like birds and large mammals, will likely persist or thrive in Alberta as the climate changes. These species either have broad climatic tolerances, or the capability to move to suitable habitat, should it be available.

Shank cautions that, while the patterns emerging from these assessments provide a useful overview of species vulnerability, the picture is still incomplete, “One of the major uncertainties not captured by this assessment is the availability of suitable habitat in the future as species move and habitats change,” he notes.

Nevertheless, the project highlights issues for species managers who want to adapt their management activities to climate change, including: the importance of introducing effects of climate change into assessment and management of species at risk; addressing barriers to dispersal so species may be more able to move in response to the changing climate(5); and, the need for more detailed research into the potential responses of species to climate change, including prediction of potential future habitat, for species of particular interest or high vulnerability.

Carefully planned, long-term monitoring of species’ populations will also be needed to determine how climate change is actually affecting Alberta’s biodiversity. As a global leader in biodiversity monitoring, the ABMI is playing an essential role in providing this information.

You can read more about climate change vulnerability in our new report, Climate Change Vulnerability of Alberta’s Terrestrial Biodiversity: A Preliminary Assessment and learn what climate change means for your favourite Alberta species by browsing the species assessments.

-Amy Nixon is the coordinator of the Biodiversity Management and Climate Change Adaptation project at the ABMI. The project receives its core funding from the Climate Change and Emissions Management Corporation.

(3)Dawe, K.L., E.M. Bayne, and S. Boutin. 2014. The influence of climate and human land use on the distribution of white-tailed deer Odocoileus virginianus (Zimmerman, 1780), in the western boreal. Canadian Journal of Zoology, in press.

(5) University of Alberta scientists on the BMCCA project are conducting field experiments to determine if assisted migration of Alberta plants with limited dispersal ability could improve the survival of these species in the face of climate change.

Feature Photo Credit: The Great Plains Toad is among the most climate-vulnerable species of the 173 Alberta plants and animals assessed in our new report. Photo: Laurel Badura/USFWS.
Back to List