Caribou habitat loss continues in Alberta and BC

May 7, 2021 / Comments Off on Caribou habitat loss continues in Alberta and BC / Category: Caribou, Human Footprint, Publications, Science
Posted by: Kurt Illerbrun

Habitat loss in Woodland Caribou ranges has accelerated in Alberta and British Columbia, according to recent research by the Caribou Monitoring Unit and Federal and Provincial government collaborators.

Despite Canada having some of the most intact forests in the world, habitat loss is a major cause of Woodland Caribou population declines. This new study is among the first to measure the net change—habitat gained through reforestation and natural tree growth minus habitat lost from fires and logging—in caribou habitat across 70 caribou herds in both BC and Alberta. It found that the net change was negative for nearly 70% of caribou ranges, and that, on average, they lost more than twice as much habitat as they gained over the period for which data were available (2000–2012). Moreover, the study found that seven caribou ranges lost nearly a quarter of their habitat from 2000 to 2018, and that, overall, habitat loss actually accelerated during that period, with average annual habitat loss in Alberta around double that in BC (0.60%/year in AB vs. 0.32%/year in BC).

Alteration of the landscape due to the direct and indirect effects of human actions is driving the declines. Forest cutting was a major cause of habitat loss for Southern Mountain Caribou, whereas wildfire—often started by people, and potentially made more frequent by climate change—was the greatest source of habitat loss for Boreal and Northern Caribou herds. Additionally, the creation of linear features that fragment habitat, such as roads and seismic lines, outpaced the regrowth and recovery of these lines.

These patterns have continued to occur while various provincial and federal plans and policies are seeking to conserve and recover woodland caribou habitat, including the federal woodland caribou recovery strategies under the federal Species at Risk Act, the Mountain Caribou Recovery Implementation Plan in British Columbia, and Alberta’s Woodland Caribou Recovery Plan. And one implication of the findings is that, if habitat loss continues, short-term solutions to caribou declines—intended as stop-gaps only until habitat can recover—will take longer to move past. 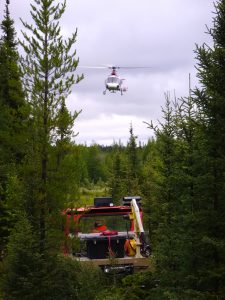 Other recent research from the CMU highlighted the potential of habitat regeneration and active restoration efforts in supporting the recovery of caribou populations. To that end, industry has been doing active restoration in two Alberta caribou ranges with high rates of linear feature creation. This management tool is beginning to see broader use, and its use will need to continue growing for restoration to outweigh the rate of creation. Meanwhile, options to reduce new footprint, or even stop creating new linear features altogether, are also being explored.

Overall, this new research supports the idea that addressing habitat loss remains the ultimate solution to caribou survival, and underlines the need to both continue and expand habitat recovery and restoration efforts. The path to caribou recovery is increasingly clear, but successfully navigating it will depend on the collective will of all concerned.