The Recovery of Porsild’s Bryum

February 15, 2015 / Comments Off on The Recovery of Porsild’s Bryum / Category: Biodiversity, Royal Alberta Museum, Taxonomy, The World Beneath Our Feet

Along the Whitehorse Creek in Whitehorse Wildland Park in Alberta’s Rocky Mountains lives an Endangered* species. It’s green and cushy, and it loves water.

Porsild’s Bryum is one of more than 1,000 species of moss found in Canada. Like many moss species, its ecology is not yet well understood. Because of its endangered status, Alberta Environment and Sustainable Resource Development created a Porsild’s Bryum Provincial Recovery Team. 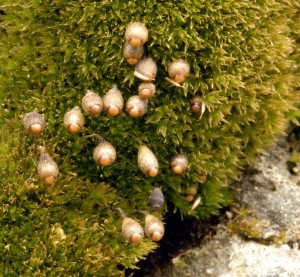 Currently, it’s known that Alberta hosts several small populations of Porsild’s Bryum in the Rocky Mountains, from Kananaskis to Willmore Wilderness Park. One of the team’s goals is to learn more about the habitat conditions this Endangered species requires to survive by collecting detailed information (including rock and water samples) at sites where the species grows. Using this information, the team may be able to predict where else it may live in the province to focus their search efforts. The team is also monitoring population numbers and sizes over time to assess population health and viability.

Join the Alberta Porsild’s Bryum Recovery Team as they trek up Drummond Creek in Whitehorse Wildland Park to investigate a monitoring site (video courtesy of AESRD).